From Prisoner to Preacher 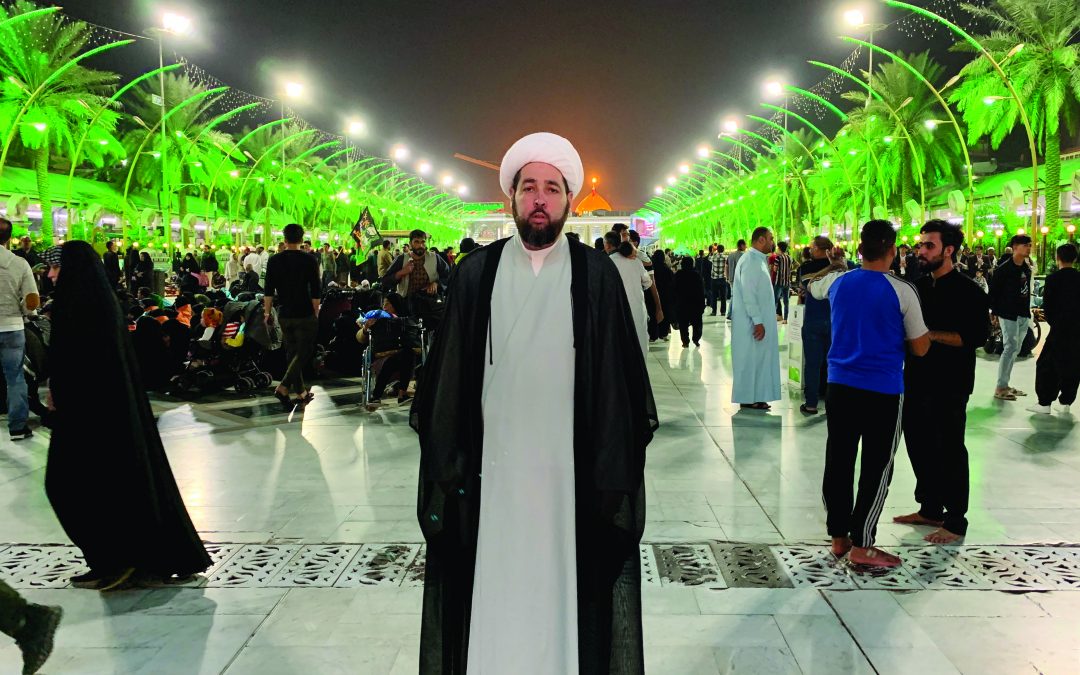 Shaykh Mateen Charbonneau’s journey to the path of Islam

Shaykh Mateen Charbonneau was born in 1982 in Sumter, South Carolina. He had a typical childhood until his parents divorced and he moved into the projects with his mother. After this, his life drastically took a turn for the worse. Every day, he would leave his apartment to see gangs hanging out together. Their presence became a source of normalcy for Charbonneau. He started to hang out around them and eventually joined their ranks. However, a few years in, he grew tired of always looking over his shoulder and having to carry a weapon around. He was ready for a change.

“Verily, Allah will not change the (good) condition of a people as long as they do not change their state (of goodness) themselves (by committing sins and by being ungrateful and disobedient to Allah).” (Noble Qurʾān, 13:11)

Soon after, one of his friends found God and left behind his spiritually devoid life. His friend was the change that Charbonneau was so desperately looking for. He went to visit his friend and told him how inspiring and brave he was for adopting a complete lifestyle change.

Later, Charbonneau was coming home from a football game when his life would be altered forever. He was attacked by a rival gang, and a brawl broke out, resulting in shots being fired. In the aftermath, he was arrested and sentenced to 10 years in a state prison on his 17th birthday for his role in the brawl. Charbonneau felt relieved to be able to escape the life he had, even though it meant being in prison. Once there, he had the time to ask the questions that had been buried deep inside his soul. He looked for answers within different religions because he had always believed in God, but he just needed to find the right religion that could answer all his questions. When he would go through the Bible, he would always find contradictions. Additionally, the Christians wouldn’t be able to answer his questions about their book and faith.

It wasn’t until he was being processed for his sentence when he met a Muslim man. When it was time for the daily prayers, the man got up to recite the call to prayer, and Charbonneau was amazed. He sat with the man and asked him every single question he had. After receiving satisfactory answers, he announced he wanted to become Muslim then and there. This man, and now friend, had taught him how to pray and learn Sūrah al-Fātiḥah (the opening chapter of the Noble Qurʾān), so that he could immediately start praying once he converted. However, before he was able to profess his faith, the processing period came to an end, and he was sent to prison. When he got to the prison, by the mercy of Allah, there was another man from his hometown who was Muslim, and he helped Charbonneau recite the shahādah. At the ripe age of 17, he became Muslim in 1999.

Life Update: Shaykh Mateen Charbonneau has been studying at an Islamic seminary for seven years now. He was crowned with the ʿamāmah (turban) by a Grand Āyatullāh in the Holy City of Karbala. He has authored seven books and is the founder of the non-profit organization 2nd Chance, which sends Islamic books to inmates. Within the first five years that 2nd Chance has been established, they have sent 10,000 Shīʿah books, and the program has over 1,000 American Shīʿah converts. He has also filmed a documentary with AhlulbaytTV called “Faith Behind Bars.”