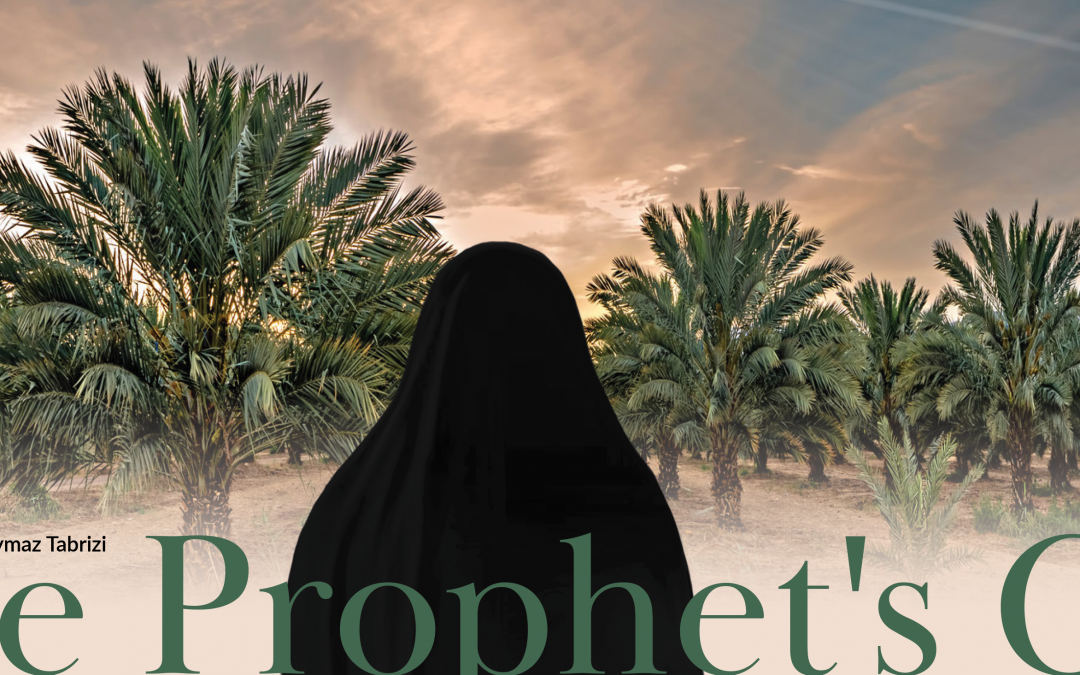 For years Muslims struggled with the polytheists of Mecca. The Prophet Muḥammad (ṣ) fled to the city of Medina, north of Mecca in 622 A.D to escape a conspiracy to assassinate him. Soon thereafter, the Meccan polytheists made several attempts to attack the Prophet (ṣ)
in the city of Medina but failed. Despite the hostilities that the Prophet Muḥammad (ṣ) and
Muslims faced at the time, the Meccans generally honored the tradition of peace during the Ḥajj season. During this season, people from all over the region would visit the Kaʿbah in Mecca. Ḥajj is the term used for the yearly pilgrimage to Mecca. For Muslims, the ritual pilgrimage is a once in a lifetime obligation for those who can afford the trip. The pilgrimage and its rituals are meant to fulfill a Muslim’s covenant with God and cleanse him or her of
sins.
The Prophet (ṣ) had received a dream from Allah that one day he would be able to undertake the Ḥajj with his followers. In 628 A.D the Prophet (ṣ) attempted to go to Ḥajj with over a thousand of his Muslim followers in order to perform the minor pilgrimage called the ʿUmrah. ʿUmrah is the optional and recommended pilgrimage to Mecca that is either outside of the proper Ḥajj season and/or does not meet the strict ritual observances and rules of the obligatory Ḥajj during the Ḥajj season.

When the Prophet (ṣ) and his followers reached close to Mecca, they were stopped at a nearby location known as Ḥudaybiyah. The leaders of Mecca, already upset that they lost an attempt to invade Medina a year earlier, went against regional tradition and custom and
forbade Muslims from entering the city. Due to customary pressure, the Meccans agreed to negotiate a treaty with Muslims that would allow Muslims to come for the pilgrimage the
following year. The treaty included the following clauses:
Muslims would be allowed to come on the pilgrimage the following year. There would be a truce and peace between the Meccan polytheists and Muslims for ten years. Whoever wanted to have a covenant with the Meccans could do so, and whoever wanted to do an alliance with Muslims could do so. Any alliance or covenant would make that person or group part of If any Muslim fled Mecca to Medina without the permission of his or her guardian, he or she would be sent back. Some of the Prophet’s (ṣ) companions became very upset at him. They accused the Prophet (ṣ) of breaking his promise that they would go on a pilgrimage. They also accused the Prophet (ṣ) of selling Muslims because of the fourth clause. Some even went as far as questioning the prophethood of Muḥammad (ṣ). Yet the Prophet (ṣ) had not broken any promises. His dream had never specified when the Muslims would go on a pilgrimage to Mecca, but that they would go in time. Furthermore, the treaty ended up being beneficial for Muslims as it allowed those still living in Mecca to practice their religion peacefully. It would allow various tribes to establish treaties with Muslims without fear of reprisals from the Meccans. This permitted Muslims to grow their political networks extensively which would later help Islam establish itself permanently in the Arabian Peninsula. The
treaty, however, did not last too long and was broken by the Meccan polytheists two years later. Around the same year, Muslims faced a threat from a different group. The Jews of Khaybar, which is an oasis almost a hundred miles away from Medina, united a number of other Jewish and polytheist tribes to attack Medina and rid themselves of the Prophet (ṣ). The same group had already tried to assassinate the Prophet (ṣ) before but failed. The tribes of Khaybar were particularly upset at the Prophet (ṣ) as Islam was winning many converts from their tribes. They saw Islam as a threat to their political and religious power. The conspiracy against Muslims was the last straw and the Muslims mounted a defensive attack against the conspiring tribes of Khaybar. The conspiring tribes barricaded themselves in a fort which the Muslims could not penetrate. However, Imām ʿAlī (ʿa), the cousin and son-in-law of the Prophet (ṣ), miraculously ripped out the fort’s door with one hand and even used it as a shield in battle. Immediately after, the Jews of Khaybar surrendered and agreed to pay restitution to the Muslims. As a gesture of goodwill, the Jews of Khaybar presented the Prophet (ṣ) with a personal gift (fayy) in the form of fertile land that was used as a garden. This land was known as Fadak and would be inherited by the Prophet’s (ṣ) family after him.
From an Islamic law perspective, Fadak was different because it was not considered war booty which could be divided among Muslims but a personal gift to the Prophet(ṣ). Personal gifts could be used for personal use and be inherited by children without having to be shared with other Muslims. It was in a sense ‘private’ property. The Qur’ān confirms this aspect of Islamic law:
ٰ
As for the gifted gains granted by God to His Messenger from the villages’ inhabitants, they are for God and His Messenger, and the relatives, and the orphans, and the poor, and the homeless; so that it may not be distributed between the wealthy among you. Whatever the Messenger gives you, accept it. And whatever he forbids you, desist from it. And be conscious of God. God is severe in punishment. (59:7)

The Prophet (ṣ) and his family had lived a very poor life. Often enough there would be nights where his family, including his grandchildren, would not eat at all. The Prophet (ṣ) took no salary and provided for his family through hard work. The land of Fadak had its own water wells and dates. Naturally it became a small source through which the Prophet’s (ṣ) family could be provided for. As a characteristic of the Prophet (ṣ), he never held the sustenance received from Fadak to his family only. A large portion of its provisions was given to the poor as well as travelers. This practice was in accordance with God’s revelation in the Qur’ān:

Give the relative his rights, and the poor, and the traveler. And do not squander wastefully. (17:26)
However, upon the Prophet’s (ṣ) death, the land of Fadak which was supposed to be inherited by his daughter Fāṭimah az-Zahrāʾ (as) was stolen from her by a later group of individuals. This would be the prelude to many calamities that befell the Ahl al-Bayt (ʿa) after the demise of the beloved Prophet (ṣ).