The Battles Of Medina 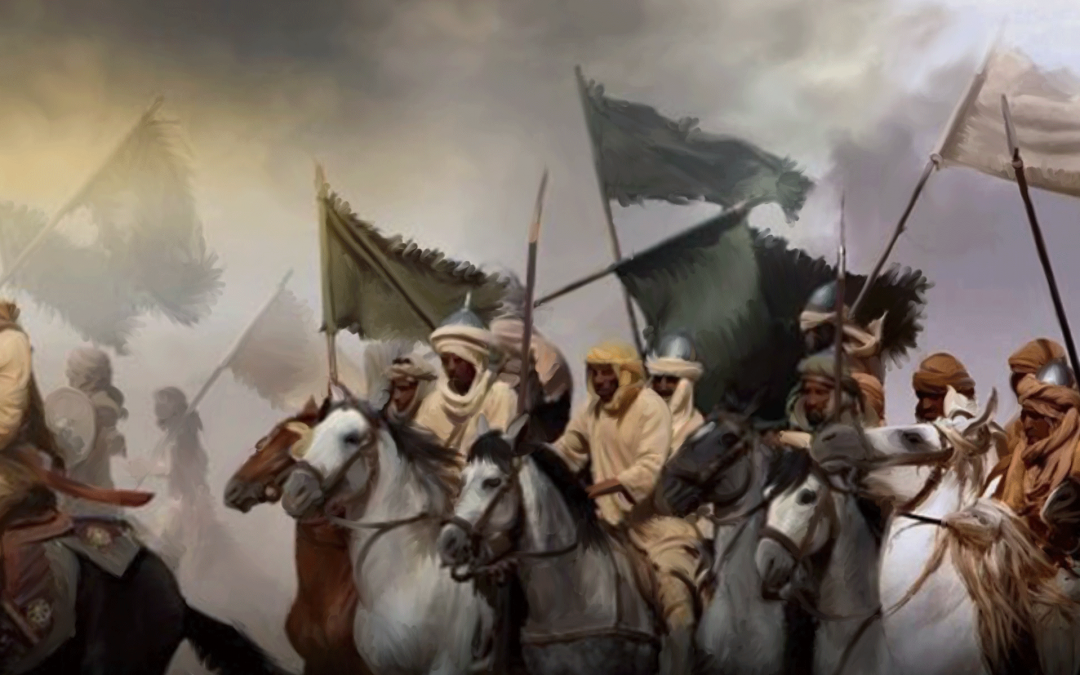 In the year 622 A.D., the Prophet Muḥammad (ṣ) fled to the northern city of Medina because of the Quraysh’s assassination attempts on his life. The leaders of Medina had heard about the Prophet’s (ṣ) justice and had invited him to the city to help resolve their disputes. In turn, the city became a safe haven for the Prophet (ṣ) where he could spread Allah’s message freely and bring peace and blessings to a city that was rife with tribal tension.

The Prophet’s (ṣ) peace in Medina did not last very long. Two years after his arrival at Medina, the leaders of Mecca gathered an army with the intention to ransack Medina and kill the Prophet (ṣ). Although the Prophet (ṣ) was no longer physically in Mecca, the message of Allah was spreading throughout the city and they wanted to put an end to his message as quickly as possible.

A fully equipped army of around 1300 soldiers approached Medina led by one of the leaders of the Quraysh, Abū Jahl, who was Prophet Muḥammad’s (ṣ) uncle and a sworn enemy of Islam. The Prophet (ṣ) met the Meccan army at Badr (just south of Medina) with his own army of poorly equipped soldiers numbering around 313 men. Yet with the grace of Allah and the direct help of His angels, they were able to defeat the Meccans in their first war. Abū Jahl died as a result of that battle. Even when all the odds are stacked against us, if we show true piety, character and obedience to God, the forces of good will always be victorious.

The Meccans did not give up, but as long as Muslims listened to the Prophet (ṣ), they were always victorious against the Meccans. The only exception was the Battle of Uḥud.

Almost a year after the battle of Badr, the Meccans, under their new leader Abū Sufyān, renewed their attack on Medina. The Prophet (ṣ) had strategized a way to defeat the Meccans as in previous wars, but this time a number of Muslims did not listen to the Prophet’s (ṣ) battle plans. This led to a series of critical mistakes that brought about a stalemate. As a result, many Muslims died and the Prophet (ṣ) himself was injured. The stalemate is symbolic of how Muslims often face disappointments in life. As long as they follow the guidance of the Prophet (ṣ), they will find success. If not, it will only lead to disappointment.

In 627 A.D., the Meccans tried again to attack Medina, this time with an army of ten thousand men in what became known as the Battle of Khandaq. The Prophet (ṣ), with the help of his companion Salmān al-Farsī (the Persian), dug trenches around Medina to prevent the Meccans from entering the city. As the Meccans laid siege on the city, they attempted to build a confederacy of allies within Medina and have them attack Muslims from within the city. The Prophet (ṣ) uncovered the plot and managed to disband the conspiracy through diplomacy.

The dismantling of the conspiracy against the Prophet (ṣ), along with bad weather, put enormous pressure on the Meccan army during the siege, shattering the Meccans’ morale, and as a result forcing them to retreat in embarrassment.

God gave the Prophet (ṣ) victory during the siege. But the story taught us that God helps us through multiple ways even in times when we think all is lost. Just as God made the forces of nature to prevent his assassination and locate the place of his new Mosque, He also helped the Prophet (ṣ) through the assistance of good company and friends with helpful strategies.

Trust in God, look forward to His guidance through coincidences, and listen to the good and pious friends He gives you.