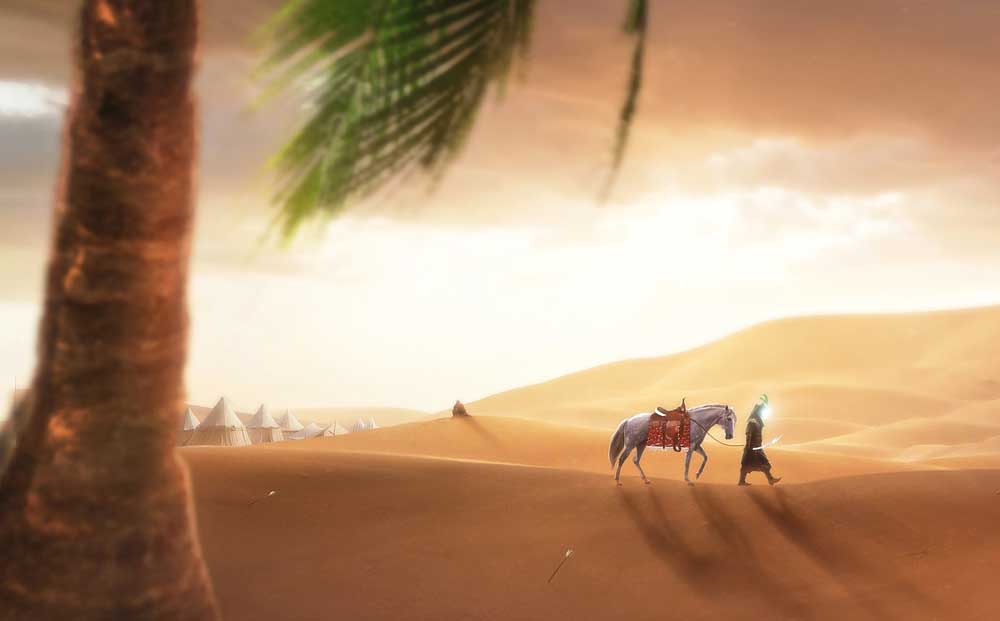 The unparalleled personality in the history of mankind, who became the epitome of the resistance against the oppressor, was the iconic figure of Imām Ḥusayn (ʿa), the grandson of the Seal of Prophets (ṣ). He became the global symbol of justice and continues to rock the world of the oppressors fourteen centuries after his martyrdom. This is the direct impact of Imām Ḥusayn (ʿa).

What really transpired on the 10th of Muḥarram that made the remembrance of Imām Ḥusayn (ʿa) and his companions immortal?

I am sure many have not come across an event that has been labeled as a tragedy, yet is simultaneously remembered as the ultimate source of victory and happiness.

Among the many different ways of viewing the Battle of Karbala,  especially paramount is how to make pious choices at the most critical times of our lives. Examining the circumstances that the companions of Imām Ḥusayn (ʿa) faced, it becomes clear that despite all the odds, they still willingly sacrificed their lives. They had the opportunity of leaving their Imām (divinely appointed leader) and still be on the good side of history, as Imām (ʿa) had guaranteed them the highest ranks of heaven, but they chose to stay by his side.

Historians have always wondered what transpired in the first 50 years that led the nation that Prophet Muḥammad (ṣ) had liberated from ignorance to become a fierce enemy of his grandson Imām Ḥusayn (ʿa).

The oppressive ruler, Yazīd bin Muʿāwiyah, had illegitimately usurped power. Muslims were not given the choice to endorse Yazīd, but rather their oath of loyalty to him was demanded. Muʿāwiyah was particularly after the oath of Imām Ḥusayn (ʿa) as he knew that an oath from the grandson of the Prophet (ṣ) would solidify his rule and unjust government. However, the noble blood flowing in the veins of Imām Ḥusayn (ʿa) would never allow him to pay allegiance to an oppressor, even at the cost of sacrificing everything.

Imām Ḥusayn (ʿa), the grandson of Prophet Muḥammad (ṣ) and the third Imām for mankind, was raised under the guidance of Imām ʿAlī (ʿa), his father and rightful successor of the Prophet (ṣ), his mother, Sayyidah Fāṭimah az-Zahrāʾ (ʿa), and Imām Ḥasan (ʿa), his older brother. His right to rule was usurped by Yazīd ruling from Damascus, who sent an ultimatum to the Imām (ʿa) in Medina, that either the Imām (ʿa)  pays allegiance to his illegitimate rule or  be ready to lose his head. Imām Ḥusayn’s (ʿa) response was clear as he said, “The likes of Ḥusayn (ʿa) will never pay allegiance to the likes of Yazīd.” This statement is one of the reasons that the movement of Imām Ḥusayn (ʿa) continues to inspire freedom-seeking people. Imām Ḥusayn (ʿa)  meant that those who follow his traits will never give in to those who have the traits of Yazīd, an oppressor, even if the oppressor has a larger army, government, and power. A person with Ḥusayni traits will never give in to the oppressor, no matter how great the odds he faces.

History continues to narrate that Imām Ḥusayn (ʿa) refused to pay allegiance to Yazīd and embarked on a journey to confront him in the battle that will forever serve as the source of hope and guidance for all people. Imām Ḥusayn (ʿa) was promised support by the people of Kūfa in the form of 18,000 letters, a city in Iraq under Yazīd’s rule. To guage the situation on the ground, Imām Ḥusayn (ʿa) sent a messenger and his loyal cousin, Muslim ibn ʿAqīl, to Kūfa to see if the letters were sincere. Upon his arrival, Muslim ibn ʿAqīl promptly sent a letter to Imām (ʿa) confirming the Kūfans’ commitment. However, the tides began to turn quickly before the eyes of Muslim. When push came to shove and the critical time for decisions to be made and sides to be chosen, thousands of Kūfans were swayed, through coercion, bribery, and threats, to abandon the truth. This abandonment came with the betrayal and assassination of the messenger of Imām Ḥusayn (ʿa). He was captured in Kūfa and his martyrdom marked the beginning of the atrocities that would be inflicted upon Imām Ḥusayn (ʿa) and his most loyal companions. Imām Ḥusayn (ʿa) reached the land of Karbala outside of Kūfa by about 40 miles, along with his family and companions, around 100 in number, while the army that Yazīd sent to confront them was over 30,000.  The small army of Imām Ḥusayn (ʿa) quite literally faced their deaths, it was at this point that whatever decisions they made, to flee or to serve Imām Ḥusayn (ʿa), would be the deciding factor in whether or not their memories would become immortal. It was also clear that the choice they were going to make would not only affect their worldly life, but would either be the source of their salvation or damnation in the afterlife. Those who fought alongside Imām Ḥusayn (ʿa) knew that fighting against the oppressor would guarantee them eternal divine favors. However, while this may have been the goal of many, the companions of Imām Ḥusayn (ʿa) sought a higher purpose. The night before the battle of Karbala, Imām Ḥusayn (ʿa) gathered all of his companions and gave them a choice. Imām Ḥusayn (ʿa) thanked his companions for the unwavering support and made them aware of what would await them the next day. He made it very clear that they would forfeit their lives if they remained with him, but he guaranteed that their reward would be paradise. Imām Ḥusayn (ʿa) made his companions a promise that if they were to leave him that night, they would be able to save their lives and still enjoy the bounties of the hereafter. For many of us, it seems that this would have been the perfect ending, for we would have had our worldly lives and the afterlife.

However, when your soul is truly purified and free of worldly desires, like the companions of Imām Ḥusayn (ʿa), even paradise pales in comparison with the thought of sacrificing your soul for the sake of Allah and His Divine guide. Therefore, when the Imām (ʿa) gave his companions the choice of leaving him behind, they renewed their loyalty to him by declaring that even if they were to be killed 1000 times and brought back to life, they would still be on the side of their Imām (ʿa). Their love for the Imām (ʿa) was the result of their love for Allah; they could no longer settle for anything other than to sacrifice their existence in the way of Allah. Their love for Allah could not have let them live for a moment if Allah’s representative, their Imām (ʿa), was killed by the oppressors.

The choices that made the remembrance of the companions of Imām Ḥusayn (ʿa) immortal are the same ones we face on a daily basis. Confronting us in every passing moment is the challenge of choosing between right and wrong. This worldly life is not worthy enough for us to become oblivious about eternal salvation or damnation. Every action of our day to day life is a test from Allah and that is because we were created to be tested. When we pass those tests, we grow. Those who understand the concept of the test realize that this is the tool to be dissolved in the love of the Beloved, that is Allah. When you love someone, you want to do things which are liked by your beloved. How can we claim that we love our Creator, while we end up doing things which please our desires, rather than being content with His will? May Allah help us fall in love with Him and help us prove our love for Him by making the right decisions at the critical moments in our lives.