Abū Dharr Al-Ghifārī – The Pinnacle Of Self Reformation 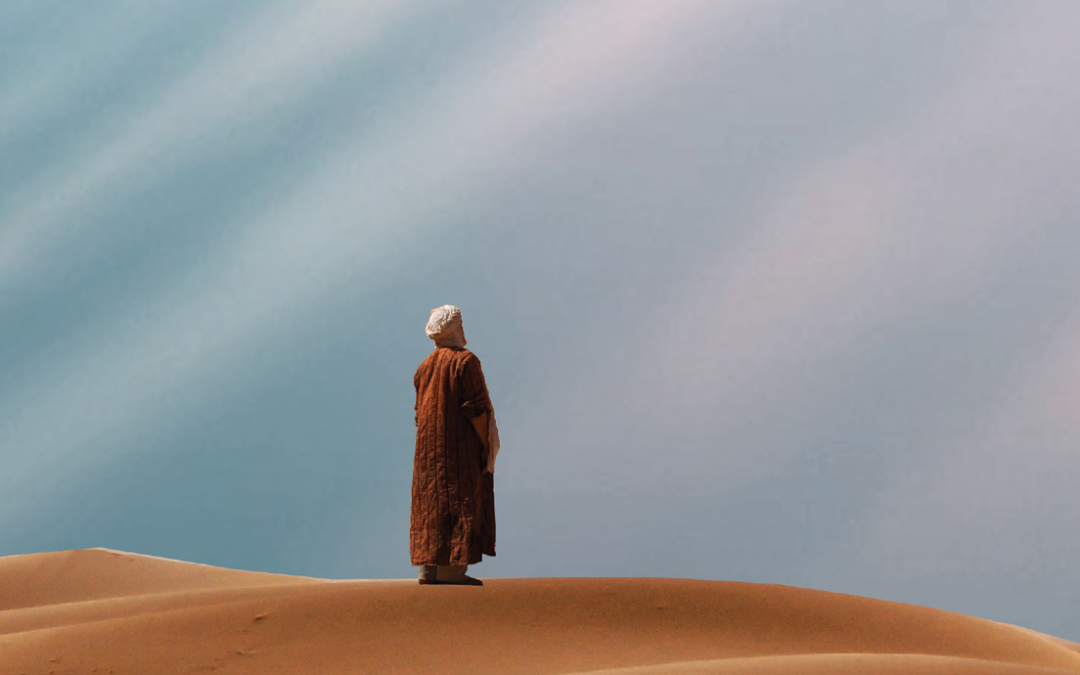 In history, Abū Dharr al-Ghifārī was known as one of the esteemed companions of the Noble Prophet (ṣ) and a faithful supporter of his household. Abū Dharr’s life was not always under the guiding light of the Prophet (ṣ). Before coming to Islam, Abū Dharr was from the tribe of Ghifār whose members were well known for their mischief, amongst it, robbing caravans. The life of Abū Dharr has many lessons within it worth mentioning, namely his ability to embrace a complete self transformation when faced with the truth.

Allah has placed within each rūh (soul) an innate gravitation and desire toward hāq, or truth. Abū Dharr’s soul, though clouded with sin, recognized this truth upon witnessing it in the form of the Noble Prophet (ṣ) and gravitated toward it like a thirsty man to an oasis in the desert. Abū Dharr had first heard about the Prophet (ṣ) from a man coming from Mecca. The man said there was someone who claimed to be a prophet, declaring that there is only one God. For Abū Dharr, this idea of one God inspired deep reflections. It sparked the ember of curiosity which sent Abū Dharr to Mecca.

While in Mecca in search of the Prophet (ṣ), Abū Dharr  happened to meet ʿAlī ibn Abī Ṭālib (ʿa). When Imām ʿAlī (ʿa) found out Abū Dharr’s intentions, he took him to meet the Prophet (ṣ) whereupon Abū Dharr attentively listened to his guidance. Miracously, he was the fourth to embrace the new path of Islam that would alter not only his life as he knew it, but later his entire tribe. After his conversion, Abū Dharr did not hesitate to ask the Noble Prophet (ṣ) what he could do. He was at the service of Islam. The Prophet (ṣ) tasked Abū Dharr with traveling back home to teach his tribe Islam. Through his sharing of the truth about one God and Islam, Abū Dharr became successful in converting his family first, and then eventually, his entire tribe to the path of the Prophet (ṣ).

It is significant to highlight that the Prophet (ṣ) didn’t shun Abū Dharr, no, instead he was welcomed with open arms. The Noble Prophet (ṣ) looked beyond his sullied past and saw the potential in him. Abū Dharr became a close companion of the Noble Prophet (ṣ) and also became a loyal companion of Imām ʿAlī (ʿa). Through learning and practicing the ways of the Prophet (ṣ) and his household (ʿa), Abū Dharr reached such a high status that the Noble Prophet (ṣ) said: “If you want to see the piety of Jesus (ʿa), then look at Abū Dharr.” (Ibn ʿAsākir, Tārīkh Madīnah Dimashq, Vol. 66, P. 190) This shows us that if we adhere to the path of the Prophet (ṣ) and his household (ʿa), we can abandon our past which was full of wrongdoings and adopt the way of the Noble Household (ʿa) and reach the great heights of Allah’s pleasure. With Allah, there is always hope. It is never too late to return to Him and ask for His forgiveness. We see that Abū Dharr came from a family of thieves yet he ended up becoming one of the most truthful people. The Noble Prophet (ṣ) said that from amongst the companions there was no one under the sky more truthful than Abū Dharr. Even though he came from a rough environment filled with
injustice and crime, he was able to change into a beacon for justice through the knowledge and understanding of true belief.

Abū Dharr placed the love of the Prophet (ṣ) above everything in his life. During the expedition of Tabūk he
set off with the Prophet (ṣ) and his army, but Abū Dharr had a weak camel who could not keep up. He ended up
getting separated from the group and lagged three days behind them. Some of the travelers with the Prophet (ṣ)
claimed that he ran away, but the Prophet (ṣ) rejected these entiments and instead stated that Abū Dharr would join them if Allah willed. As the journey progressed, the camel became too tired to travel and Abū Dharr had no choice but to walk. Walking extensively with his luggage on his back, thirst almost overcame him. He came across some water in a pit and wanted to drink from it, but refrained. How could he drink such cold and refreshing water while the beloved Prophet (ṣ) went thirsty, he thought. He continued on, eventually reaching Tabuk where he found the Noble Prophet (ṣ).  Upon seeing his wretched condition, the Prophet (ṣ) inquired, “Did you not have any water to drink?!” He replied that he did, but that he could never drink it without first having the Prophet (ṣ) taste from it. Hearing this, the Prophet (ṣ) said, “O Abū Dharr! Allah will have His mercy on you. You will live alone, depart this world alone and you will rise alone on the Day of Judgment.” (Ibn ʿAsākir, Tārīkh Madīnah Dimashq, Vol. 66, P. 186)

Today, there are many struggling communities plagued with drugs, prostitution, gang violence and the like. This
lifestyle, even if glorified and normalized by pop culture, is destroying our communities. In reality, what we are in
desperate need of is the uplifting and spiritual growth of our communities. If we follow the example of Abū Dharr by learning and adhering to the teachings of the Immaculate Household (ʿa) of the Prophet (ṣ), we too can achieve
great things and become beacons of guidance for others. We may be able to change the dangerous crime infested neighborhoods we came from into places of safety where people look out for one another. Allah says in the Noble Qurʿān, “Indeed Allah does not change a people’s condition, unless they change what is in their souls” (13:11). We have the tools for our transformation at our fingertips, but it is up to us to use them in order to make a difference in our lives as well as the lives of others.